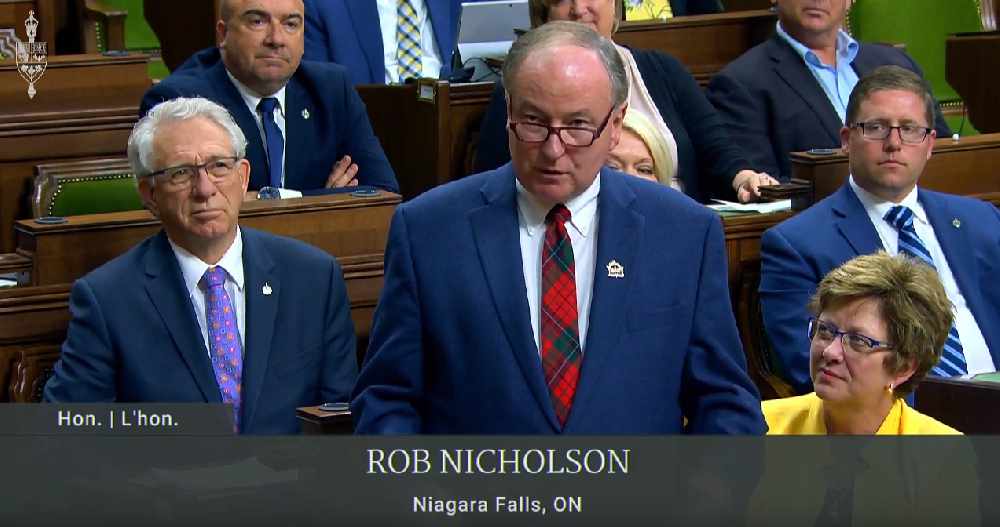 Rob Nicholson has said goodbye to the House of Commons.

In his 11 minute farewell address on Monday, he talked about the 24 years he has served as the Conservative MP for Niagara Falls.

He has served as the Justice Minister, Minister of Foreign Affairs, Minister of National Defence, Minister of Science and Justice Critic for the Opposition during his time in office.

Nicholson has worked with three Conservative Prime Ministers; Brian Mulroney, Kim Campbell and Stephen Harper. He had nothing but good things to say about them, and even called Harper one of Canada's greatest Prime Ministers.

He thanked all of the volunteers who have helped elect him over the years. He says he has enjoyed his time in Ottawa.

"Thank you for the memories, for they will last longer after the goodbyes."

Nicholson is looking forward to spending more time with his wife and children.