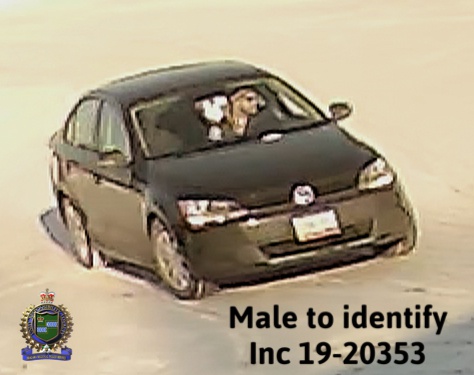 Niagara Regional Police have released a photo and a video of a man who allegedly approached a 10 year old girl in Niagara Falls last week.

The incident happened in the area around Father Hennepin Catholic School Thursday morning.

Officers are asking locals in the following areas to check their home surveillance and dash cameras to see if they can spot him;

He is believed to be white, in his mid-twenties with dark brown hair and facial stubble. He speaks English with no discernible accent.

Police say he was driving a black 4-door Volkswagen Jetta at the time. It's believed to be in the 2011-2013 model years with nine spoke rims and an object hanging from the rearview mirror.

Anyone with information should contact Detective Constable Sara Mummery by calling 905-688-4111, select option 3 and use badge number 9427.

You can view video footage of the man online here.