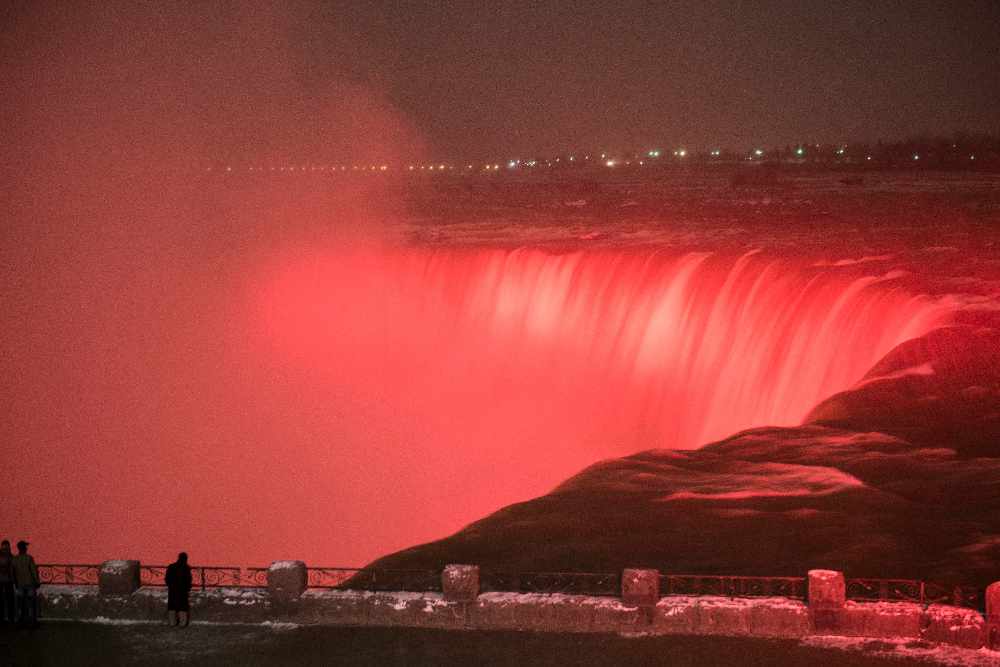 The City of Niagara Falls is supporting the Toronto Raptors in the NBA Finals.

Niagara Falls Mayor Jim Diodati posted a video on his Twitter page, of the Raptors Flag raising outside City Hall.

The Falls have also been turning Raptor red for each NBA Finals game against the Golden State Warriors.

Game 3 is scheduled for tomorrow, the series is currently tied.