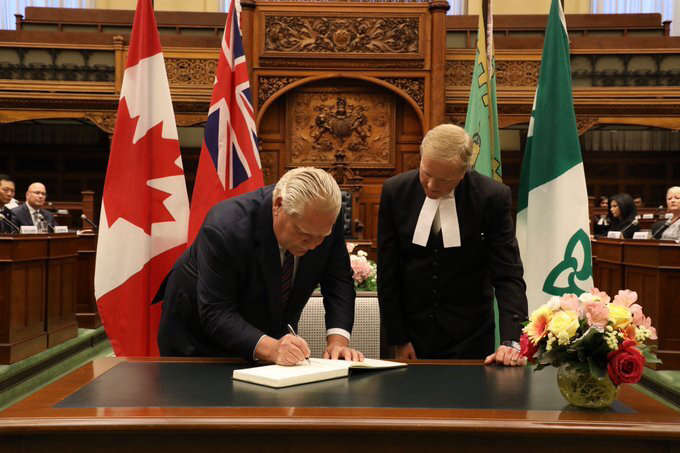 Premier Doug Ford has decided to appoint Sylvia Jones as the next Deputy Premier and Minister of Health.

ONTARIO - Sylvia Jones will be the new Deputy Premier and Minister of Health for Ontario.

She's taking over for Christine Elliott, who decided to not run for re-election in her riding of Newmarket-Aurora. Michael Kernzer will be taking over Jones's former position as the Solicitor General for Ontario.

Premier Doug Ford is starting his second term as Premier with a Conservative majority government today.

His cabinet also includes his nephew Michael Ford, the PC MPP for the York-South Weston. He will be serving as the Minister of Citizenship and Multiculturalism.

The following Progressive Conservative party members will be staying put:

Minister of Transportation and Minister of Francophone Affairs - Caroline Mulroney