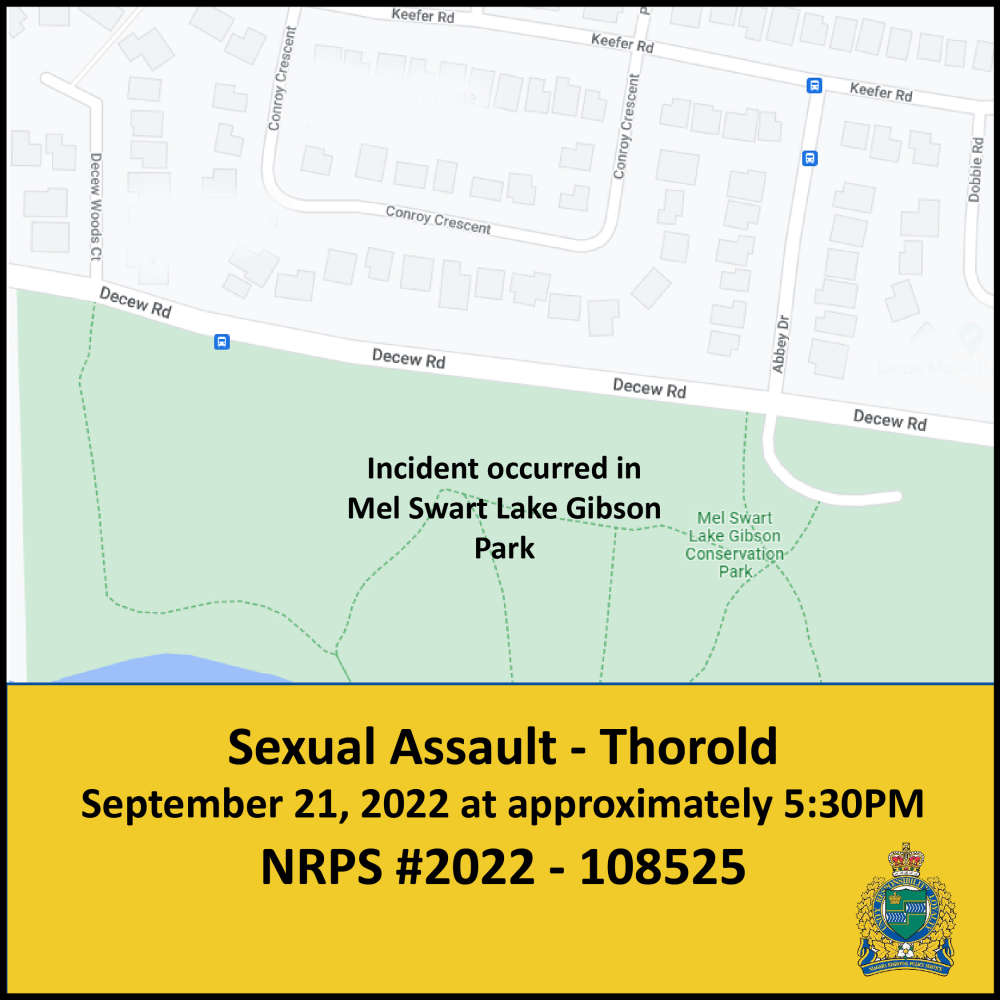 Niagara Regional Police are on the hunt for a sexual assault suspect.

Officers say around 5:30 p.m. on September 21st, a woman in her 20s was hiking alone in Mel Swart Lake Gibson Conservation Park in Thorold.

She was approached by a man when she sat down on a park bench.

The man sat down beside her and assaulted her.

The suspect fled when another woman and her daughter walked up.

The victim was not injured.

The suspect is described as:

The suspect was wearing:

Police are asking for information that may identify the suspect.

Investigators would also like to speak with the witness who assisted the victim.