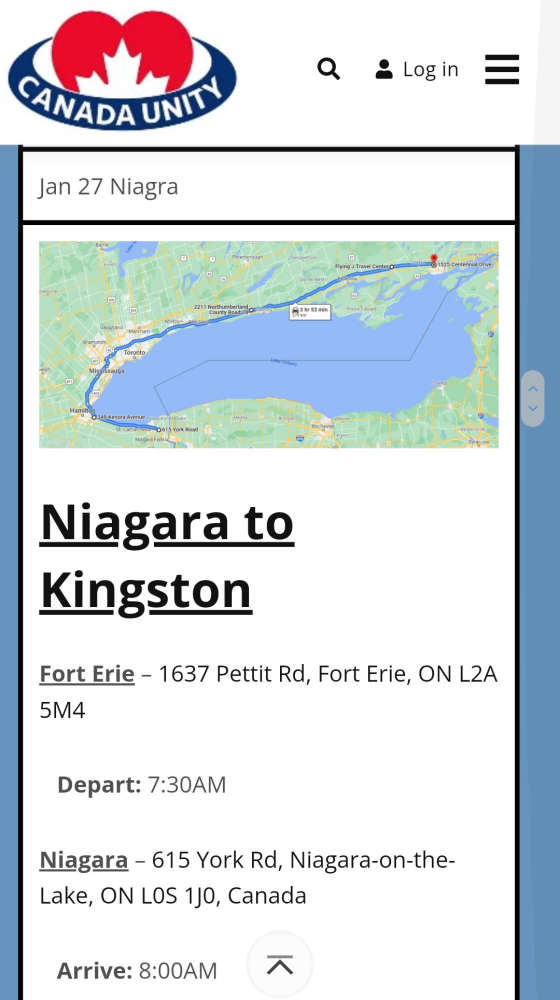 The group helping to organize the January 29th rally in Ottawa, Canada Unity, has a post on its website inviting truckers and supporters to meet Thursday in Fort Erie at 7:30 in the morning.

From there the group will travel to Niagara on the Lake and then onto Hamilton.

The protestors will meet up with a larger "Freedom Convoy" that is heading to Ottawa for the weekend protest.

Under the mandate which began January 15th, Canadian long haul truckers must now be vaccinated to avoid a two week quarantine when returning to Canada from the U.S.

Prime Minister Trudeau defended the mandate saying it is a necessary step to keep supply chains open, adding COVID is the biggest risk to the economy.

Meanwhile, the "Freedom Convoy 2022" Go Fund Me campaign has raised over $4.5 million, but the fundraising platform says it's holding the funds until "a clear plan" for how the money will be spent is presented.