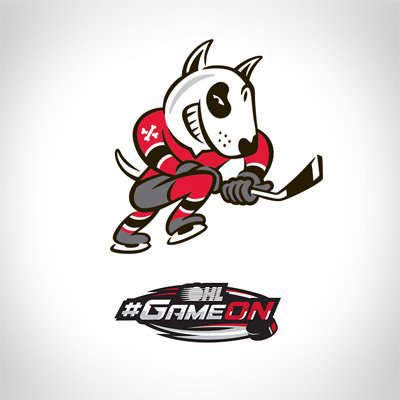 Owner of Brantford Bandits and Brantford 99ers to acquire the team.

The Niagara IceDogs hockey team has been sold.

In a statement, Bill and Denise Burke, the owners of the team, confirmed the sale.

Pending approval from the OHL Board of Governors, the team will be handed over to Darren DeDobbelaer.

This comes after IceDogs general manager Joey Burke, along with head coach Billy Burke, were suspended last month after an investigation into a text message conversation that contained sexist and homophobic slurs.

After 15 years, it is with mixed emotion to announce that we have decided to move on. It was one of the greatest joys of our lives to be able to bring major junior hockey back to the Niagara Region and see our fan base flourish as you all embraced us. Our earliest memory of moving to Niagara was when setting up our first office on Queen Street, a lovely woman popped in and welcomed us to the area, but also added that we would be bankrupt in 5 years because "people in this community don’t support their sport teams." Well did you prove her wrong! And not surprisingly, that same woman became one of our long-standing ushers until the day she passed away.

We are proud of the brand that we have built here, and the relationships that have been forged in the community. One of our main goals was to make a difference in the Niagara Region through our charitable endeavors and our hope is that in that we have succeeded.

We thank you from the bottom of our hearts for your support and friendship over the years and look forward to seeing how far this young team will go! We will be cheering them on along side all of you!

With all our very best,