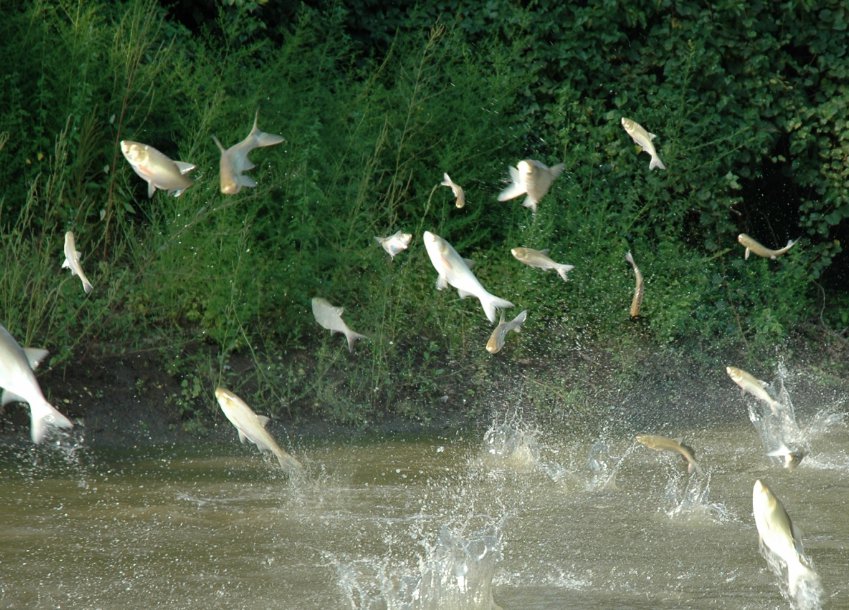 They're taking a stand against the Asian Carp problem.

Fort Erie Mayor Wayne Redekop was one of the many dignitaries from across Canada and the U.S. to sign the Mayors' Declaration to Stop Asian Carp earlier this week. He was also joined by St. Catharines Mayor Walter Sendzik and Port Colborne Mayor Bill Steele.

This fish species was first introduced in the southern United States, to clean up ponds.

But they have found their way into rivers and streams and now they're heading towards the Great Lakes, reproducing at a fast rate.

Redekop says the fish species could quickly take control of an entire ecosystem.

"Asian Carp are knocking on our door and we must, by all means at our disposal prevent them from destroying the Great Lakes and eventually the St. Lawrence."

Steele says the Asian Carp pose a risk to not only Lake Erie, but also our local sport and commercial fishing industry.

"Combating Asian Carp would not only safe guard our great lakes eco-system, but also the billion dollar economic impact the fishing industry provides to our community."

Sendzik says this problem needs to be taken seriously.

"The risk posed by Asian Carp is real, and the potential for damage is great, on both sides of the border."